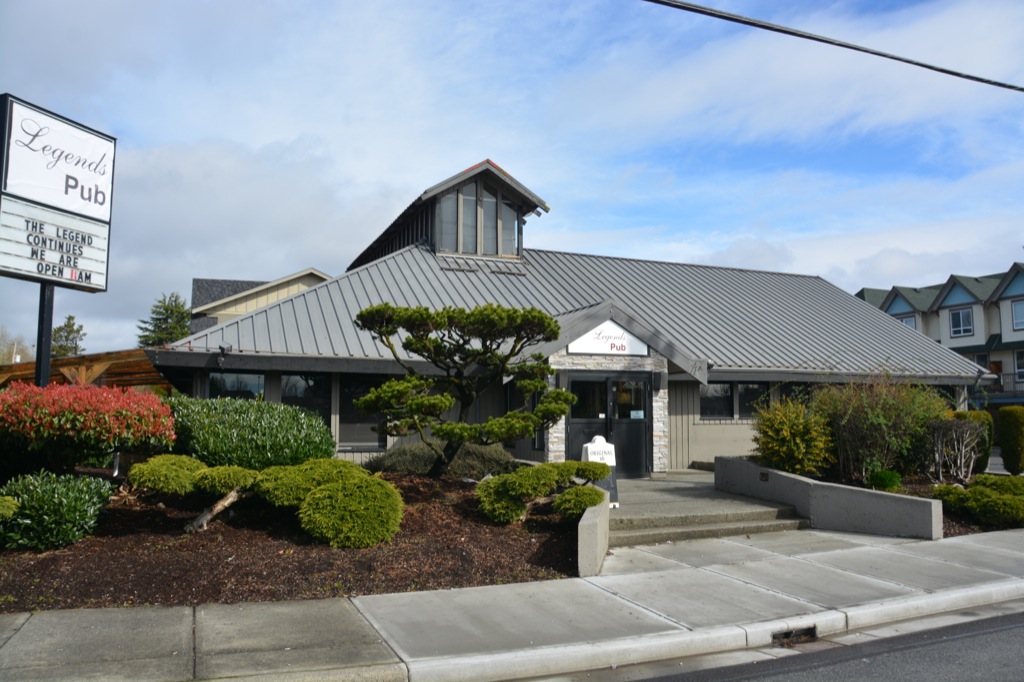 Only minutes from the Vancouver International Airport, we are one of the premiere dining establishments in the local area.

While considered “home” to all sports junkies, it is a warm, comfortable place for everyone, whether you want to play a game of pool, sit with the regulars at the bar or enjoy a great meal with friends. When the games are done, listen to the great tunes and enjoy!

We have an exciting menu including delicious soups made daily by our chef Mark Scott and a great selection of monthly specials to change things up for all you regulars!

We are Richmond's prime sports bar, now with over 30 TV's including three large screens for the big games.

Our new location is amazing, you just need to come check it out for yourself!

In 1984 Don Yates & Glenn Beveridge took over a night club call Ye Old Henry’s in Richmond and moved the licence to 8220 Landsdowne Road and called it Silhouettes night club. A few years later it was renovated and the name was changed to Earth Quake Annie’s.

Neil Beaumont and myself, Glenn Jensen, with no business experience, bought the business, renovated and changed the name to Woody’s night Club. After four crazy night club years, Neil had a great idea to apply for a neighbourhood pub and in 1994 we gave up our 294 seat night club and turned it in to 64 seat Legends Neighbourhood Pub (name credit to my sister in law, Laura).

We opened just months before the unbelievable ‘94 Vancouver Canucks Stanley cup run with the Canucks making it all the way to game 7 in the final round with the New York Rangers. We were established as the new place to go and enjoy all the big sports games and a cold beer.

Our lease was up at the Landsdowne location and we had to move. We relocated to 6511 Buswell Road which was the old unemployment office and for years people would come in the pub and ask: “Where is the unemployment office?”. After three months of renovations we opened up the new Legends Pub with a space for a restaurant license. Shortly afterwards, my good buddy Neil Beaumont decided to move on and do something different - that’s when Jenni Yates became a partner and came to help run the day to day operations at Legends.

We were informed the landlord was planning to build a 14 story hi-rise and once again we were looking for our next location. Before we found our new location Jenni and I almost took a lease at Landsdowne mall as there just seemed to be no long term leases available anywhere. Every corner of downtown Richmond has future hi-rise plans. Lucky we decided to keep trying and we were able to purchase the land and building at 9031 Blundell in July of 2013. This was the JP Malones Pub for years and it needed some major renos before we moved in. It took longer than expected but we opened the doors officially as Legends Pub on March 12th 2014. We may be in debt, but it’s sure nice to own the place... and we will never be moving again!!! replica watches fake womens rolex for sale replica rolex oyster perpetual yacht-master ii replica watches diamond breitling

Our News And Events